Is it Healthy? Turkey Bacon and Pork Rinds

What are pork rinds?

The ‘pork rind’ is a cookery name for the ‘pig’s skin.’ This is cooked in numerous diverse ways. Sections of the pig may be rendered, deep fried, or baked in order to create ‘pork cracklings’ or ‘scratchings.’ They are both typically eaten in little segments as a side dish or a snack. Frying them lessens the majority of the fat and shrinks the pork rind significantly.

If you believe you must steer clear of unhealthy foods in order to maintain a well-balanced diet, you may want to reconsider your theory. Lots of stereotypically ‘unhealthy’ foods are not as unwholesome as you’d assume them to be or, in the very least, these foods have similar approximations that won’t hurt you.

For instance, pork rinds are strips of pigskin that are deep-fried, but an article that can be found on the website for Men’s Health magazine entitled ‘Junk Food That’s Good for You’ mentions that pork rinds contain zero carbohydrates, nine grams of fat (43% percent of which is unsaturated,) and seventeen grams of protein, all of which allows for them to be more widely accepted as a special snack as opposed to chips or French fries.

Essentially, four different types of pig skin-type of foods are on the market, all of them somewhat comparable but that differ distinctly enough to be given separate labels. Basically, pork rinds are made by detaching all of the excess fat from the skin prior to the meat being fried. When pieces of fat remain on the skin prior to it being fried in even more fat, the end result is known as ‘crackling.’ When the majority of fat remains on the skin, it is ever-so elegantly known as ‘fat back,’ but this can be referred to as a ‘lardon.”

Regarding the fourth type (which should be given a paragraph of its own,) this is known to be the wash pot style rind. A wash pot rind begins with a large slab of skin with only a small about of fat that is cooked up to something that resembles a fleshy elephant ear – good eating for a county fair on a warm day! 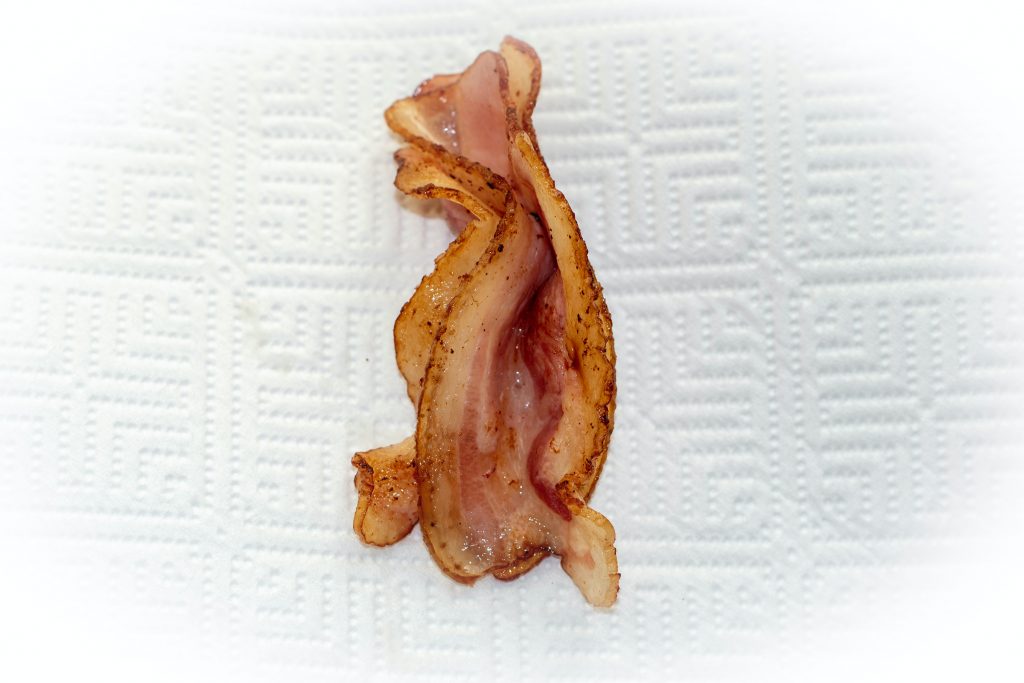 If pork rinds aren’t the way to go… What about its popular alternative: Turkey?

Turkey bacon and old-fashioned bacon are unofficial rivals. The French toast to my pancakes. The oatmeal to my grits. People sometimes opt for turkey bacon because of the it’s inferred healthiness over bacon. There are also some who prefer it because they don’t eat pork in any form. A select few have tasted doggy bacon treats to see if they resemble the real thing. But I digress; let’s stick to the human food.

Our beloved turkey bacon comes from the process of shaping chopped turkey into strips to create the traditional bacon appearance. It can be baked, fried in a pan, or even microwaved if you possess those lazy proclivities. Microwaves and ovens can potentially impact food healthiness; high heat can damage vitamins and phytonutrients. To avoid this conundrum, cook with a pan or skillet on a low setting.

Turkey bacon has less fat and fewer calories than bacon. Percentages vary depending on the quality, but comparisons estimate a 25% difference in calories and a 33% difference in unhealthy fat. Technically, when comparing two items with the same serving size, the one with less fat usually has less calories. Still, it is not completely heart-healthy. 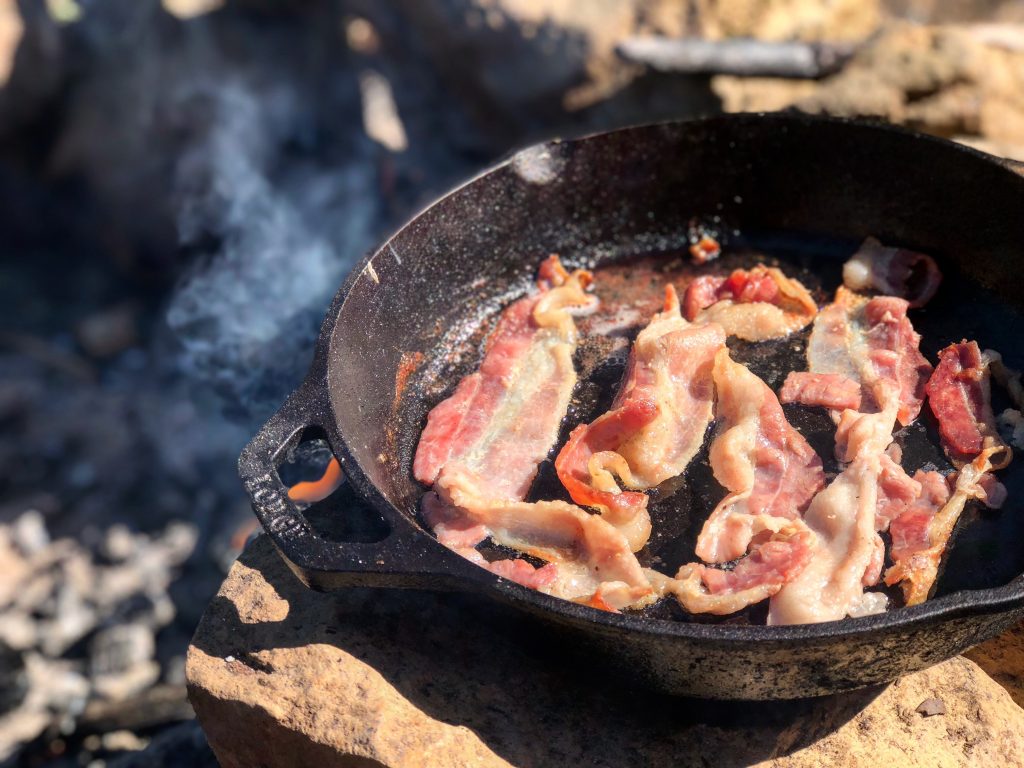 Similar to bacon, turkey bacon is highly processed, to include seasonings and preservatives. A high number of turkey bacon products contain nitrates and nitrites, added during the manufacturing process. If consumed in excess, nitrates and nitrites chemically mix with acids in the body to form cancer-causing compounds. Throat and stomach cancer are two severe examples of nitrates doing more than providing good taste. Thanks to recent studies, more food companies make it abundantly clear when their products don’t contain nitrates or nitrites.

After factoring in preservatives and sodium, you’re back at square one. Pounds of turkey bacon eaten week after week will wreak havoc on your digestive system. And don’t forget the fat, which is saturated…not good for your insides.

Make the most of turkey bacon with the following tips: 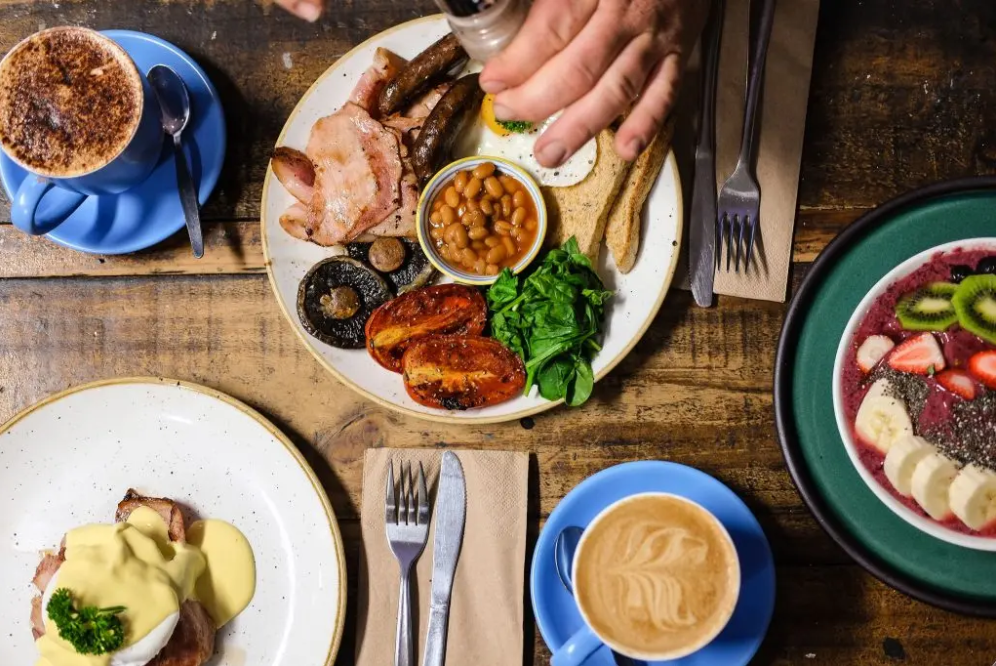 Some “low sodium” or “organic” turkey bacon is available in your local grocery store. It’ll cost a little extra, but it cuts out some of the preservatives and sodium harmful to the body. Beware of products that say “natural” but contain the typical amounts of sodium and preservatives. This happens due to marketing tactics.

Once per week is an acceptable frequency for consuming turkey bacon. This doesn’t mean waiting till Sunday to ingest 2 pounds of it. A few strips of turkey back with a meal will suffice. Also, cook it using a low-heat setting whenever possible.

Mix with Other Foods 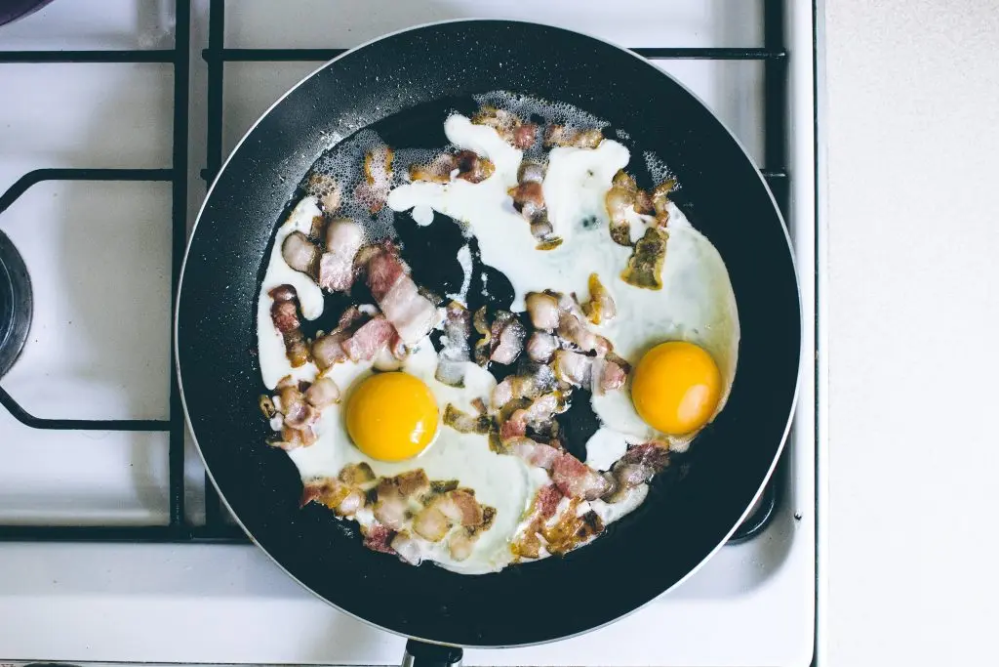 Turkey bacon can be part of several recipes.

These recipes, among others, allow for some bacon, without relying on it as the main course. FYI when replacing bacon with turkey bacon, the taste will differ. Carefully pick and choose which recipes you’ll explore.

So, Is Turkey Bacon Healthy?

Overall turkey bacon is an acceptable substitute to bacon. Don’t believe it’s without risk however. Moderation is the key to enjoying it, and you will still enjoy some turkey bacon health benefits.

Curious about healthy eating? Want advice? Have tips to share?